The hallmark of the antique rugs we carry is the use of natural vegetal dyes as well as handspun wool, which is what gives our antique rugs their beauty.

Antique rugs have an interesting and varied history. Persia’s golden age of rug making, the 16th and 17th centuries, came to an end with the 1722 Afghan invasion. With nearly continuous warfare, carpet-weaving became almost nonexistent until the mid-19th century, when the demand for Persian carpets rekindled the industry. By 1875, westerners had begun to establish themselves in and around the northern region of Iran, and they began commissioning design prototypes with western tastes in mind. These styles focused on the highly stylized and detailed patterns of their predecessors but were often constructed in coarser weaves.

Hence, a cultural fusion of ideas occurred: European textiles, patterns and prints brought by westerners were offered to artists more accustomed to producing Persianate, Arabesque and geometric styles. This resulted in boldly graphic rugs, each with a unique sensibility. The chunky weaves gave way to more abstracted renditions of traditional designs, more negative space between elements, and naïve interpretations of highly stylized patterns.

Available materials of the day were high-quality, hand-spun wool and natural dyes made with indigenous plants. The infusion of these natural dyes with hand-spun wool creates a myriad of tones and hues within a single color. The term in Farsi for this effect is abrash, and it describes the way in which the wool accepts the dye at different strengths. The cauldron of creation, of traditional artisans melding with the materials and design influences available, is what makes rugs of this era so revered.

People might not always recognize why they are drawn to antique rugs, but that attraction is often the result of a weaver trying to make perfection in an imperfect world, adding a bit of herself to each carpet, to her interpretation of a given pattern. In this process she makes beauty — these are the inherent qualities we seek in old rugs.

What we now call the antique era was a shining moment in rug-weaving history. The hallmark of the antique rugs we carry is the use of natural vegetal dyes as well as handspun wool, which is what gives our antique rugs their beauty. Below is a look at some of our favorite styles of antique rugs.

Examples of our Antique Rugs 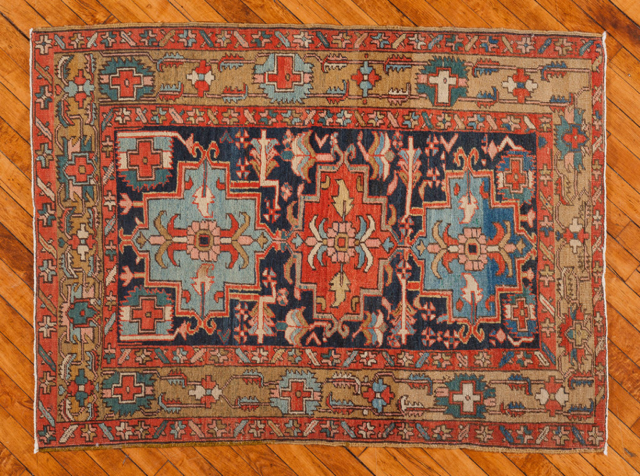 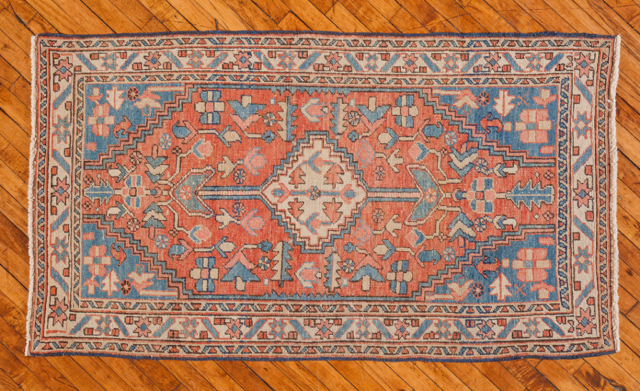 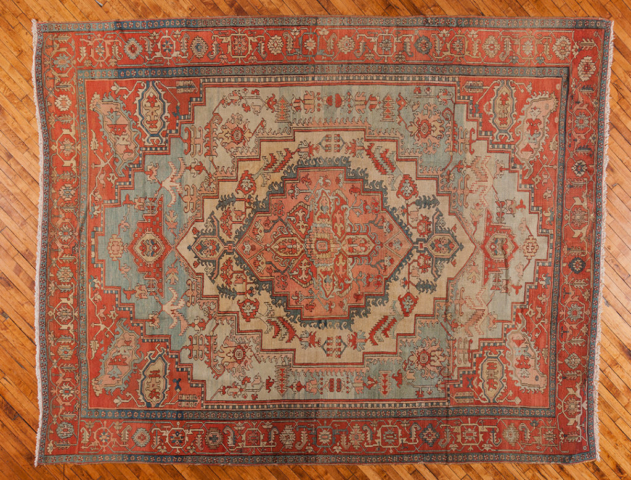 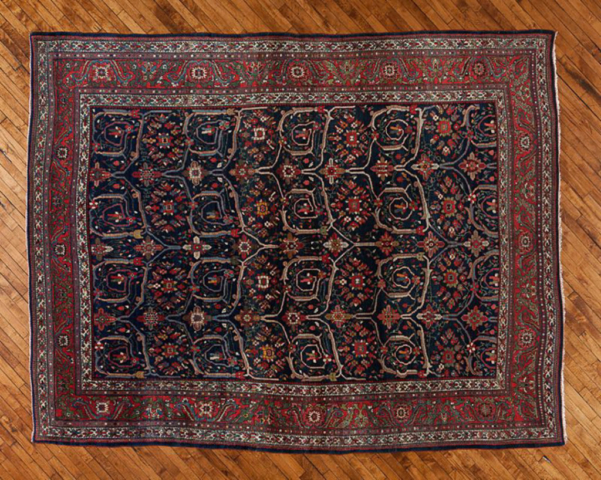 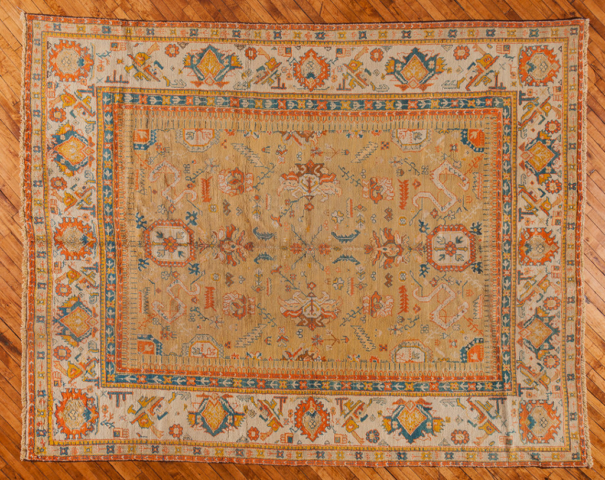